College of Family Physicians of Canada 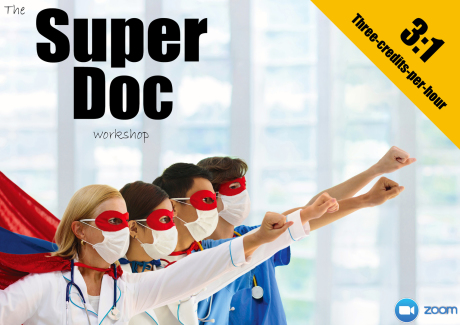 COVID-19 updates. Unfortunately, our annual Banff, Whistler, Vancouver, Toronto, Kitchener-Waterloo, and Disney Caribbean cruise workshops have all been officially cancelled. All pre-registrants have been given their choice of either a 100% refund, or a credit for two future workshops (live and/or online).

Physicians trained in medical CBT report better patient outcomes, less stress, and higher job satisfaction (see). Take your three core modules in whatever sequence you desire. You'll learn to provide much better psychological care within your standard-length appointments. ﻿And you'll earn three-credits-per-hour from the College of Family Physicians of Canada—wherever you choose to travel.

Kognitiv atferdsterapi (KAT/CBT) godkjennes som klinisk emnekurs til etterutdanningen med 16 kurspoeng. Just in case you don't speak Norwegian, we'll translate that for you: the three core workshop modules are now accredited for 16 hours each by the Norwegian Medical Association. In other words, the Vikings are coming to Canada... plus we'll have some workshops hosted in Norway in 2022.

Many physician leaders have been trained by CBT Canada over the past twenty years. Alumni include CFPC presidents (both national & provincial), department chairs, residency training program directors—and even a few doctors who are comfortable using drills & saws. For a compilation of testimonials, click here.

The CMPA now refers to physician well-being as "the missing quality of care indicator", because it so powerfully predicts patient outcomes. Given that 30% of Canadian physicians are "highly burned out" and 34% are depressed (CMA, October 2018) we strongly encourage you to consider one of our vacation CME destinations. Physician, recharge yourself!

August 30, 2016.  Today CBT Canada became the first organization to be certified by the College of Family Physicians of Canada to offer three-credits-per-hour (3:1) credits in the new Mainpro+ system. In his assessment of our workshops, an accreditation reviewer wrote, "Two words: superlative & exemplary".

Three-credits-per-hour CME saves you an extraordinary amount of time & money over even ostensibly "free" 1:1 CME. See the five-year benefit calculations.

CBT Canada was federally incorporated 20 years ago, on April 2, 1996. We're the same age as Indigo, MSNBC, Pokémon, and WestJet—and a year older than Google. Back then Jean Chrétien & Bill Clinton were in office, the first DVD players were released in Japan, and Dolly the Sheep was cloned. Celine Dion's Because You Loved Me topped the Billboard charts, and The English Patient won the Academy Award.

You may transfer 100% of your tuition to another workshop (free)

or receive a full refund (minus a 25% processing fee)* 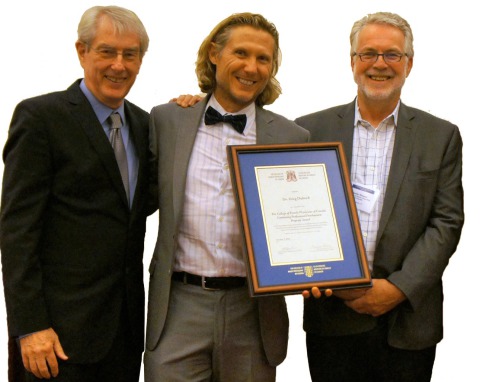